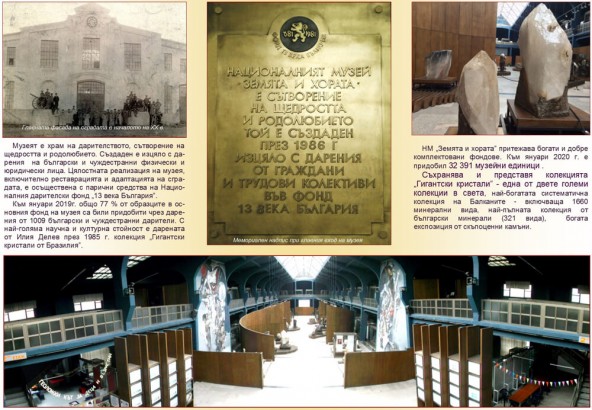 Earth and Man National Museum celebrates the anniversary with a poster exhibition that traces the various transformations of Sofia Arsenal over the years.

For a little over a century, the buildings of Sofia Arsenal have undergone many incarnations. They have been used as workshops for the production and repair of weapons and ammunition, a dining room and gymnasium of the School for Reserve Officers, workshops of the State Printing House, a museum.

The development of the Complex, from its establishment - at the end of the XIX century, until today is connected with several stages of the history of Sofia - the initial industrial development of the capital, the years of wars and destruction, periods of changes in the political regime.

Some of the Arsenal's buildings were demolished in 1985, but the remaining ones were reconstructed and turned into museums. These are present-day Earth and Man National Museum, the Museum of Contemporary Art, the former Garrison Shooting Range Memorial.