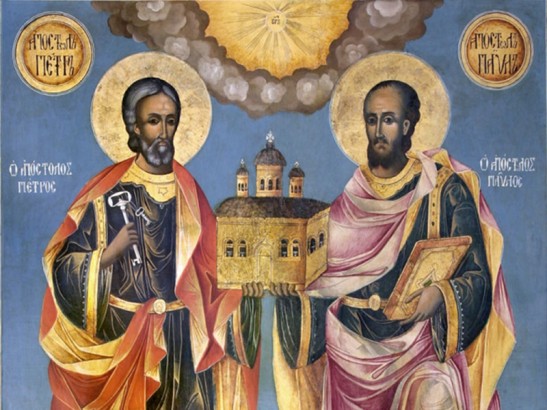 On this day, the Bulgarian Orthodox Church honors the memory of the holy apostles Peter and Paul.

Bulgarians believe that the saints Peter and Paul were twin brothers. The feast is preceded by a two-week fast. Traditionally, on St. Peter’s Day, in every home is slaughtered the youngest chicken – the so-called “Peter’s chicken”. Usually, women give away part of it along with apples in honor of the saint. It is believed that St. Peter is the keeper of the gates of heaven.

His older twin brother - St. Paul, controls the lightning strikes and sets on fire the sheaves in the fields. He can cause terrible forest fires, hailstorms and floods.

Everyone named after these two saints celebrates their name day on this date.