A route for graffiti fans

Sofia has recently became an outdoor art space, thanks to graffiti: they crop up here and there on a facade, transform a crumbling wall, turn a building into fantasy scene with amazing characters, attract passers-by and are painted by real artists known as Urban Creatures. In the summer of 2013 in the district of Hadzhi Dimitar huge graffiti appeared on three eight-storey blocks, known as the Santa Dobri, The Winged Diver, and The Girl with a Secret Gift Behind. Their pictures circle round media and social networks, and passersby stop to admire the creative imagination of their authors. Today a whole gallery is waiting for you in the district of Hadzhi Dimitar. This route will offer you the "gallery" of the city center of Sofia.

The works of street art in the city center are between the three Tourist Information Centres of Sofia.

The starting point of this route is at the Tourist Information Centre – Sofia, where you can get detailed information on where and what to visit and how best to get there easily. You can get free city maps, leaflets and brochures for tourist sites, attractions and events in Sofia. 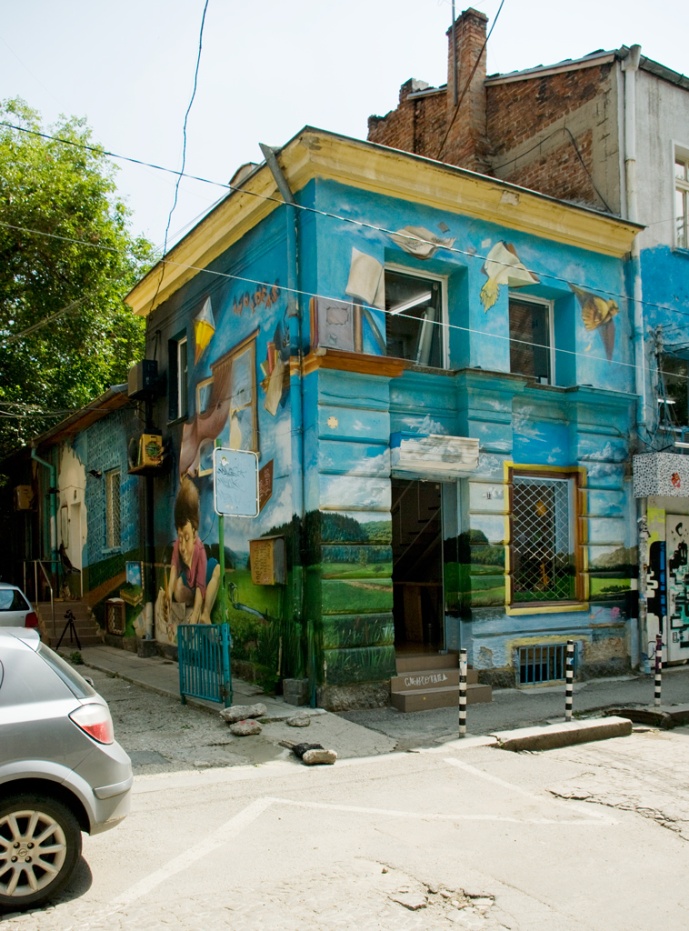 From the Tourist Information Centre – Sofia head to Vasil Levski Blvd, turn right on Ivan Vazov Str. and the first location on the route, a store on 11-13 Ivan Vazov St., will remain on the right. 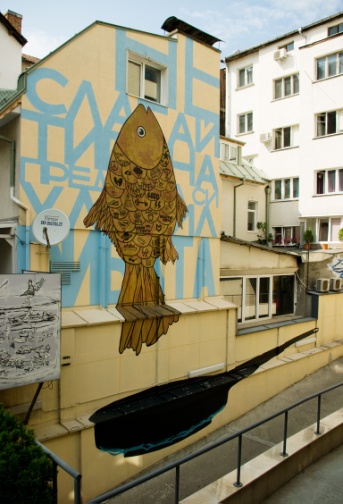 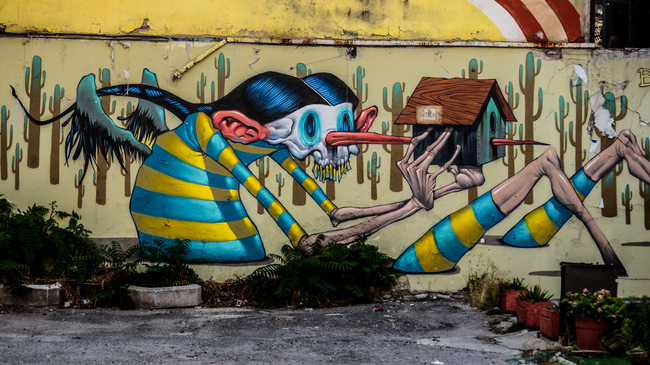 In order to reach the third location you should set along Tsar Osvoboditel Blvd. (where you can see the Russian Church, the National Art Gallery and the Council of Ministers). Walking along Tsar Osvoboditel Blvd on your left side you will see the City Garden and the Info Point "Chitalnyata" in the middle of the garden. Facing the Presidency of Bulgaria you have to cross the Nezavisimost Sq. ,where you can see the ruins of Ancient Serdica complex and the Largo Tourist Information Center . Above them is the statue of Sofia, facing the triangle of power - the Presidency, the National Assembly building and the Council of Ministers. Next to the statue of Sofia – at the right side 50 m. away there is another example of street art – at the wall of a block of flats facing the Council of Ministers and the Central Department Store. The name of this graffity work is "Antract" ( intermission) and its author is Bozko. 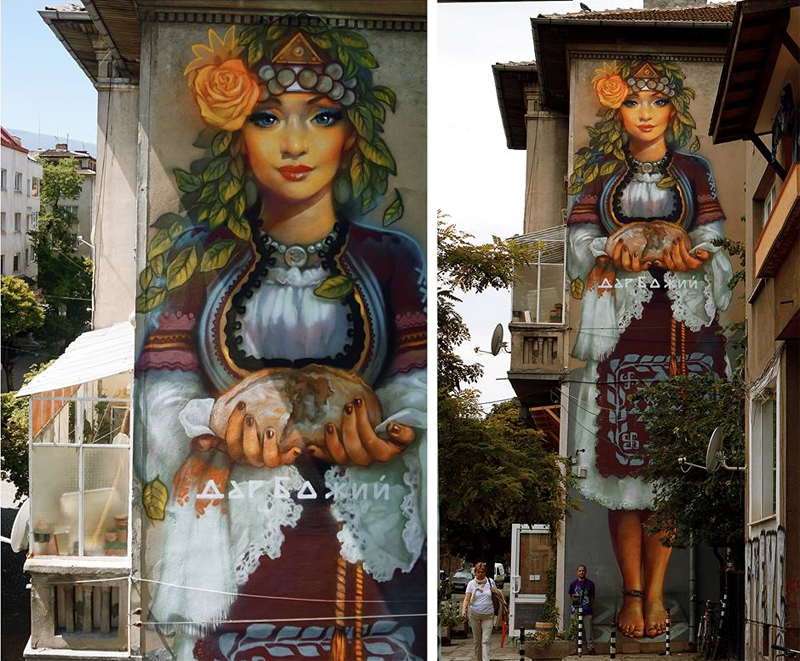 The beautiful graphite of a Bulgarian girl dressed in Bulgarian national costume appeared on the 55th "Sandor Petyoffi" street in the end of May, 2016. The name of the painting is "God's Gift", representing Rada, a Bulgarian bride and the beauty and of Bulgarian traditions. It is right next to a bakery and it is the work of Nasimo. 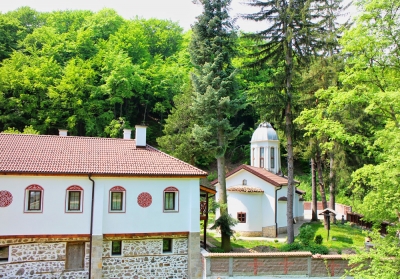 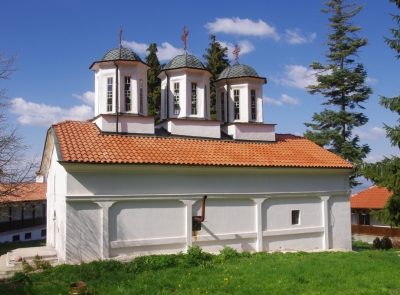 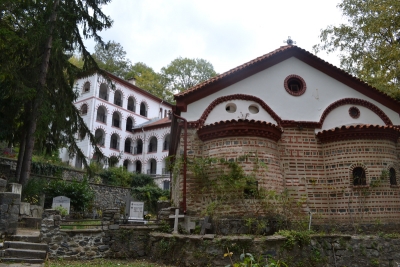 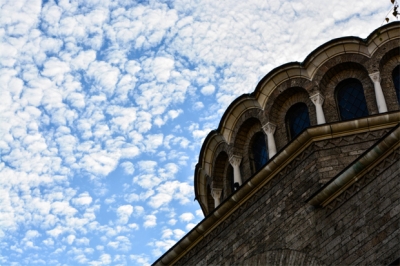